Young people ‘feel they have nothing to live for’

Young people ‘feel they have nothing to live for’ 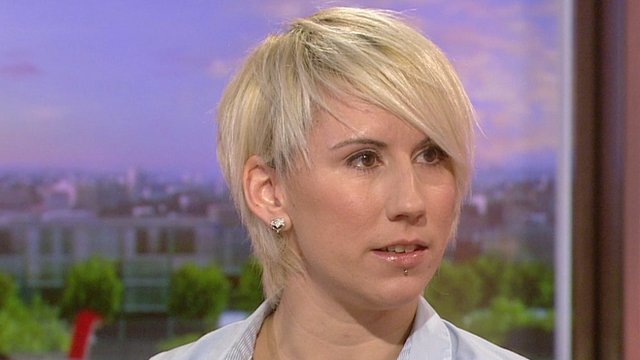 Former jobseeker Emma Sparham: “After a spate of negative things happening I lost all my hair”

As many as three quarters of a million young people in the UK may feel that they have nothing to live for, a study for the Prince’s Trust charity claims.

The trust says almost a third of long-term unemployed young people have contemplated taking their own lives.

Urgent action must be taken to prevent the young jobless becoming the young hopeless, it says.

The government commented that it was doing “everything possible” to help young people find work.

Last month, figures from the Office for National Statistics showed the UK unemployment rate had fallen to its lowest level since 2009, with the number of people out of work falling by 99,000 to 2.39 million in the three months to October. 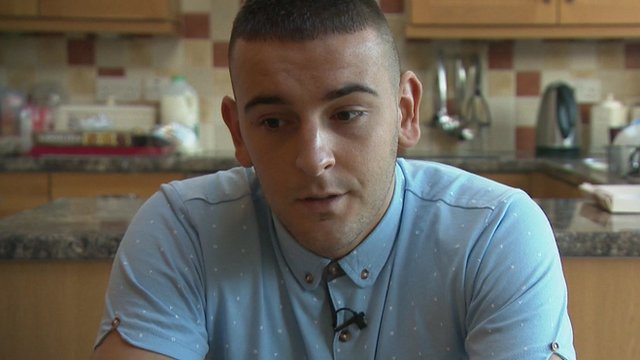 Chris Newell talks to Michael Buchanan: “I had nothing to wake up for… I felt worthless”

Excluded from school at the age of 14, Chris had no qualifications. He was applying for 10 jobs a week but did not even get responses. He turned to drink and drugs and at the age of 20, tried to take his own life.”I just got into a cycle of staying in bed because I had nothing to wake up for. Then I began noticing my mental health getting worse and worse. I became depressed and anxious. When I went out in public it got to the point where I felt paranoid and edgy around people.”And I think that’s all because I didn’t have a routine and structure, because I think that’s important in a lot of people’s lives, to have something to wake up for in the morning, to have something to live for. I just felt horrible about myself.”I were suicidal at times coz I felt worthless and it just went on and on and I weren’t getting anywhere. I took a load of tablets and thankfully I’m still here. But at the time I didn’t think that, ’cause I were at an all time low, I were at rock bottom for a long time. And being out of work, you know, contributed to that.”But after attending a course run by the Prince’s Trust, Chris built up his self-confidence and gained new skills and qualifications. Now 23, he works in a residential home for young people and is studying towards a youth worker level 2 qualification.

The Prince’s Trust Macquarie Youth Index was based on interviews with 2,161 16 to 25-year-olds. Of these, 281 were classified as Neet (not in employment, education or training) and 166 of these Neets had been unemployed for over six months.

Among those respondents classified as Neet, the percentage of those agreeing with the statement rose to 21%.

The research found that long-term unemployed young people were more than twice as likely as their peers to have been prescribed anti-depressants.

The report found 40% of jobless young people had faced symptoms of mental illness, including suicidal thoughts, feelings of self-loathing and panic attacks, as a direct result of unemployment.

Three quarters of long-term unemployed young people (72%) did not have someone to confide in, the study found.

“Thousands wake up every day believing that life isn’t worth living, after struggling for years in the dole queue.

“More than 440,000 young people are facing long-term unemployment, and it is these young people that urgently need our help.

“If we fail to act, there is a real danger that these young people will become hopeless, as well as jobless.”

A spokesman for the Department for Work and Pension said the government was “doing everything possible” to help young people into work and that there were currently 106,000 fewer young people claiming Jobseeker’s Allowance than there were in 2010.

“Through the youth contract, we’ve hugely increased the number of work experience placements and apprenticeships to give young people the support they need to find a job,” the spokesman said.

“By offering employers wage incentives worth up to £2,275 we are helping businesses to take them on.

The Prince’s Trust was set up by Prince Charles in 1976 to help disadvantaged young people.

It supports 13 to 30 year-olds who are unemployed and those struggling at school and at risk of exclusion.