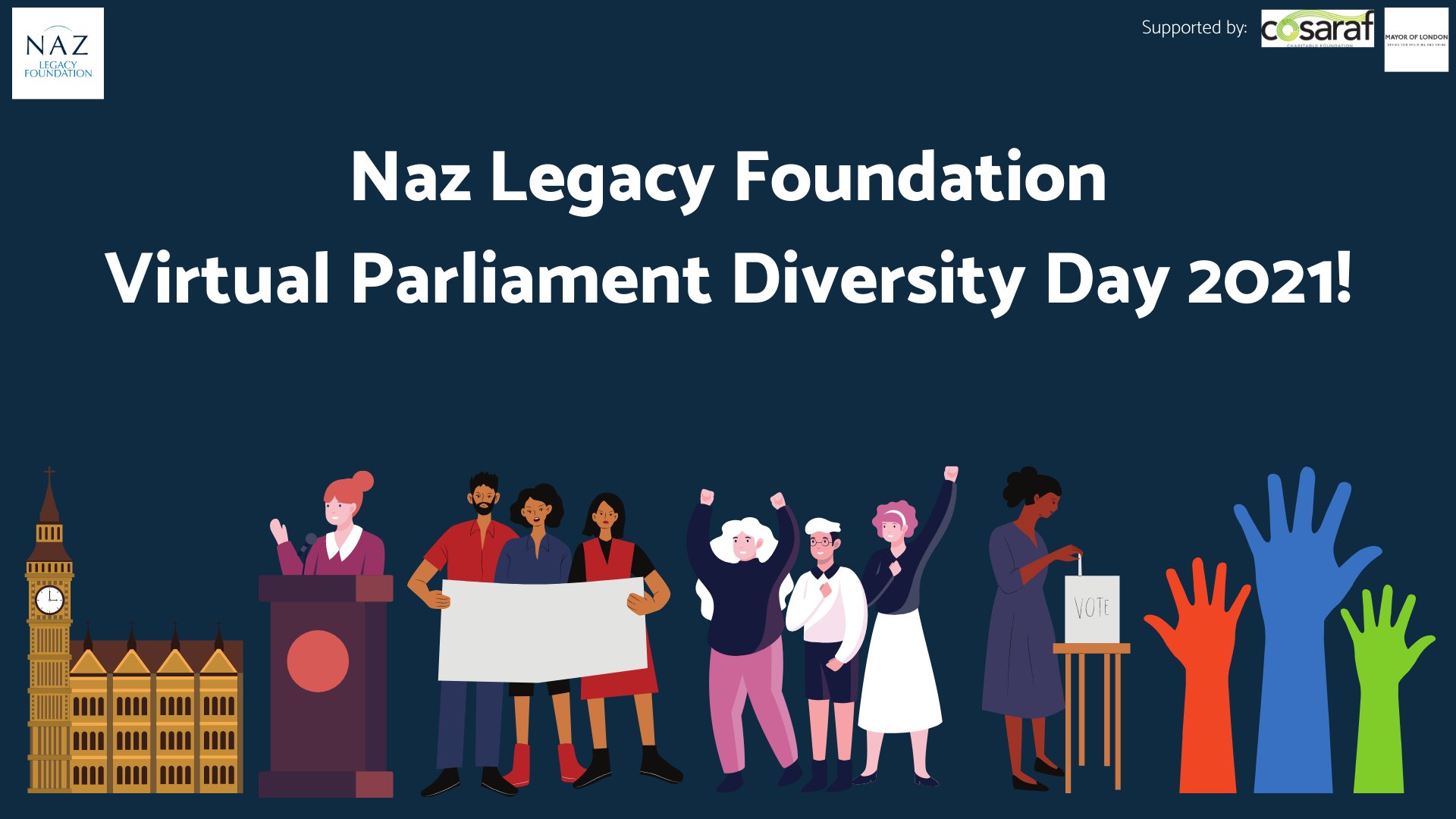 On 21 January 2021, Naz Legacy Foundation held a UK Parliament virtual Diversity Day. Over 200 students from five schools attended, receiving an ‘Introduction to Parliament’ workshop led by the UK Parliament Education Team. We were also joined by two Member’s of Parliament to engage in a question and answer session with their local schools. For more information click here. 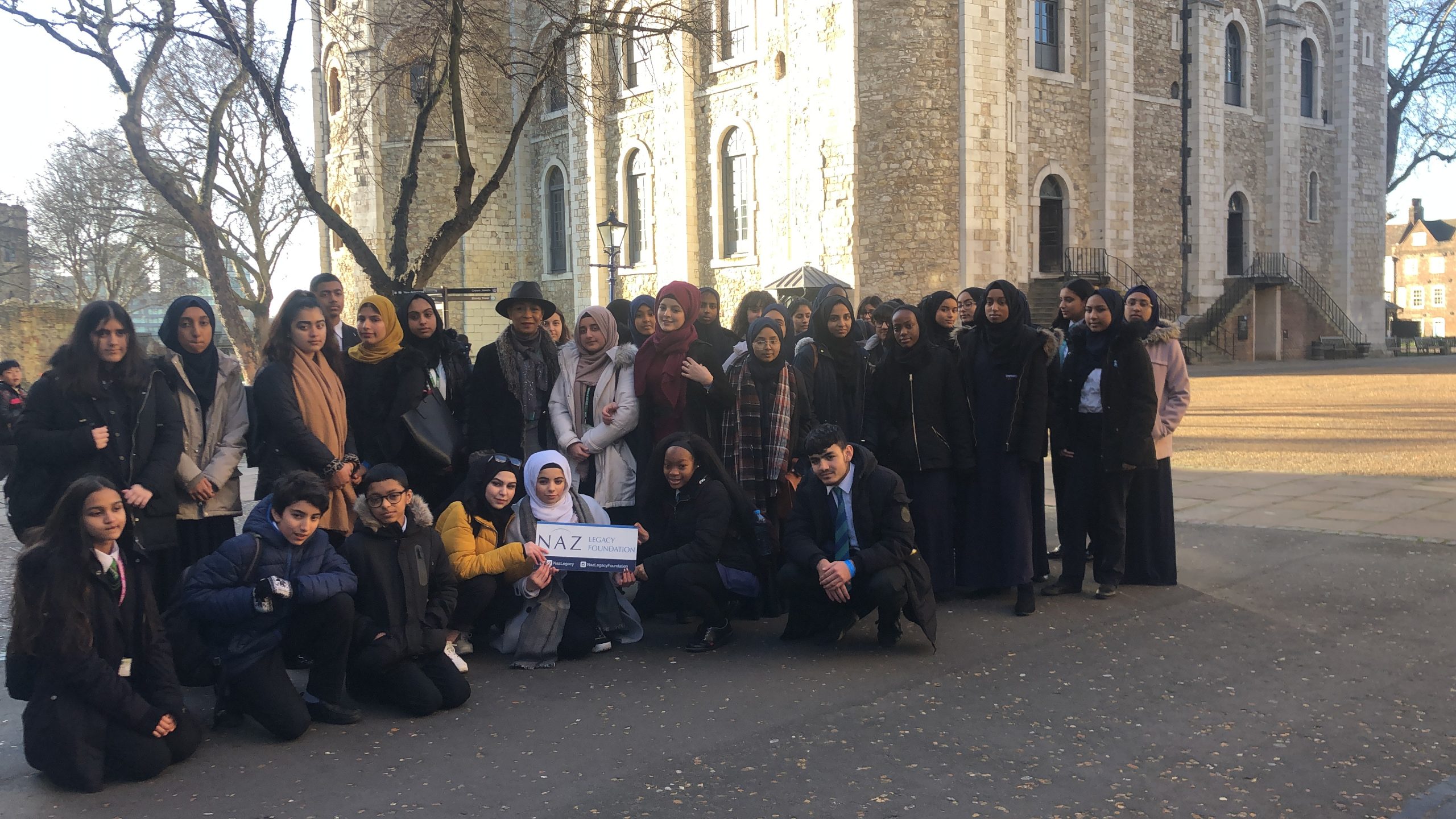 Th Naz Legacy Foundation seeks to promote excellence in education, especially for children from black and ethnic minority backgrounds.We are holding a number of Diversity Days and events online and would like to invite schools in London to join the programme.

Their first virtual event is on Thursday 1st October, in partnership with FCDO digital services, and focuses on STEM and opportunities within this sector. Later in the year, the Foundation will be introducing workshops on community cohesion and civic participation. Schools have the option of hosting these as school assemblies or virtually.Details of the programme can be viewed here. The Evaluation of the 2019/2020 programme has been attached below.

If your school is interested in taking part in the Diversity Programme please contact us by Friday 18th September. If you have any queries regarding the program, please do not hesitate to contact us.

This programme is supported by the Cosaraf Charitable Foundation. 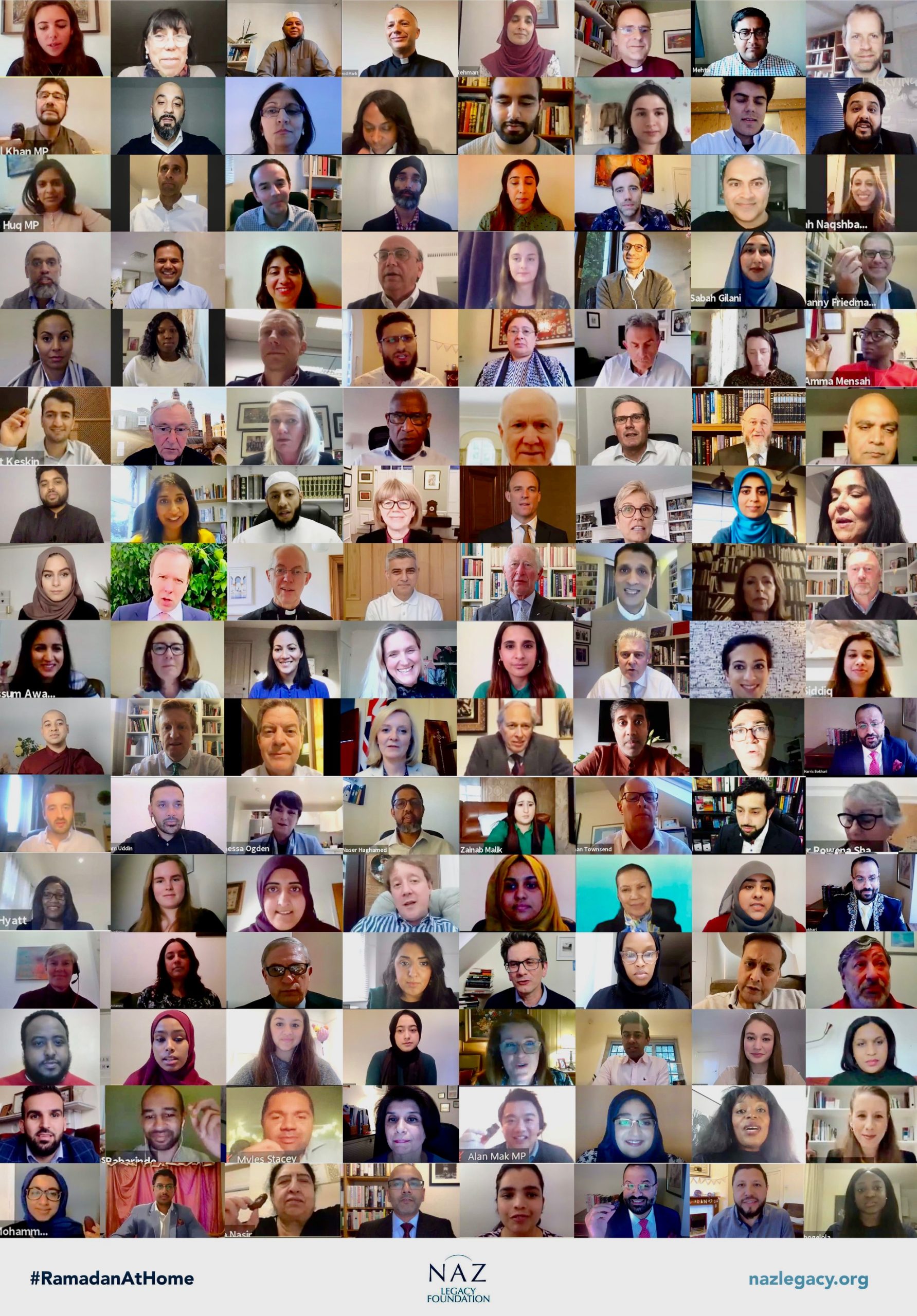 Over 75,000 people took part in the Naz Legacy virtual iftars series during Ramadan via Zoom, Facebook and Muslim media channels in the UK.  The events organised by the Naz Legacy Foundation brought together for the first time all the UK’s major faith leaders including Archbishop of Canterbury, Cheif Rabbi, Cardinal Nichols and Bishop of London and Imam Mahmoud, the Hero Imam from the Mosque terror attack in Finsburys Park, all at one iftar as well HRH Prince of Wales and leading members of the Government and Opposition including Sadiq Khan Mayor of London, Dominic Raab Foreign Secretary, Keir Starmer Leader of the Opposition, Matt Hancock Heath Secretary, Liz Truss Secretary of State for International Trade, Oliver Dowden DCMS Secretary, Brandon Lewis Secretary of State for Northern Ireland, Suella Braverman Attorney General, Amanda Millings Conservative Party Chairman and Andy Burnham Mayor of Greater Manchester.

The Naz Legacy Iftars is the largest virtual iftars in the UK and have had a number of the leading UK stakeholders and experts attending including over 50 MPs and Lords, more than 72 panelists represented all faiths and none.The series of iftars were launched on the first day of Ramadan on Friday on 24th May with HRH Prince of Wales and Matt Hancock, Health Secretary in which just under 12,000 people took part.

The Naz Legacy Foundation Diversity Programme is supported by the Cosaraf Charitable Foundation. 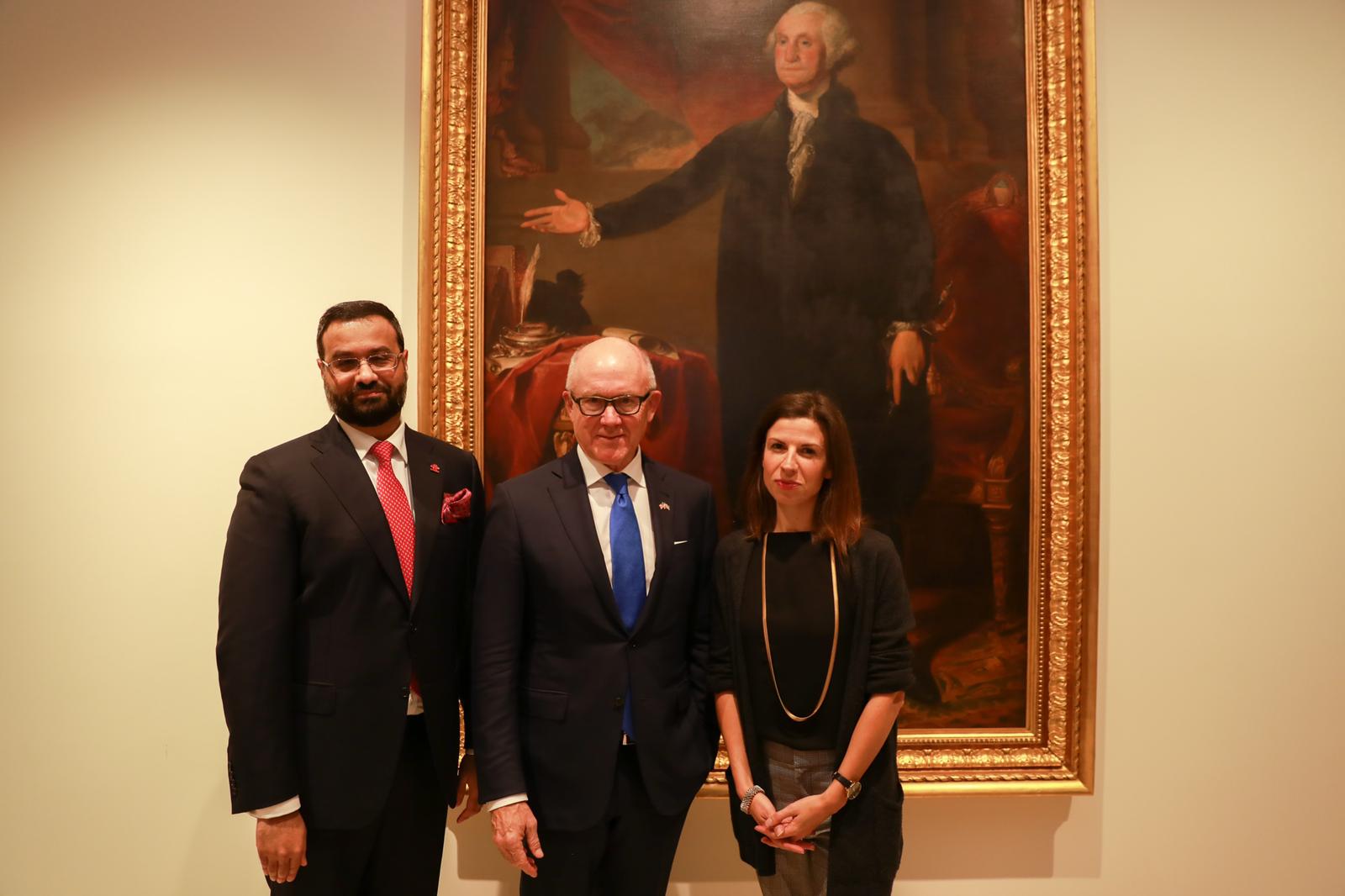 Pictures from the event can be viewed here 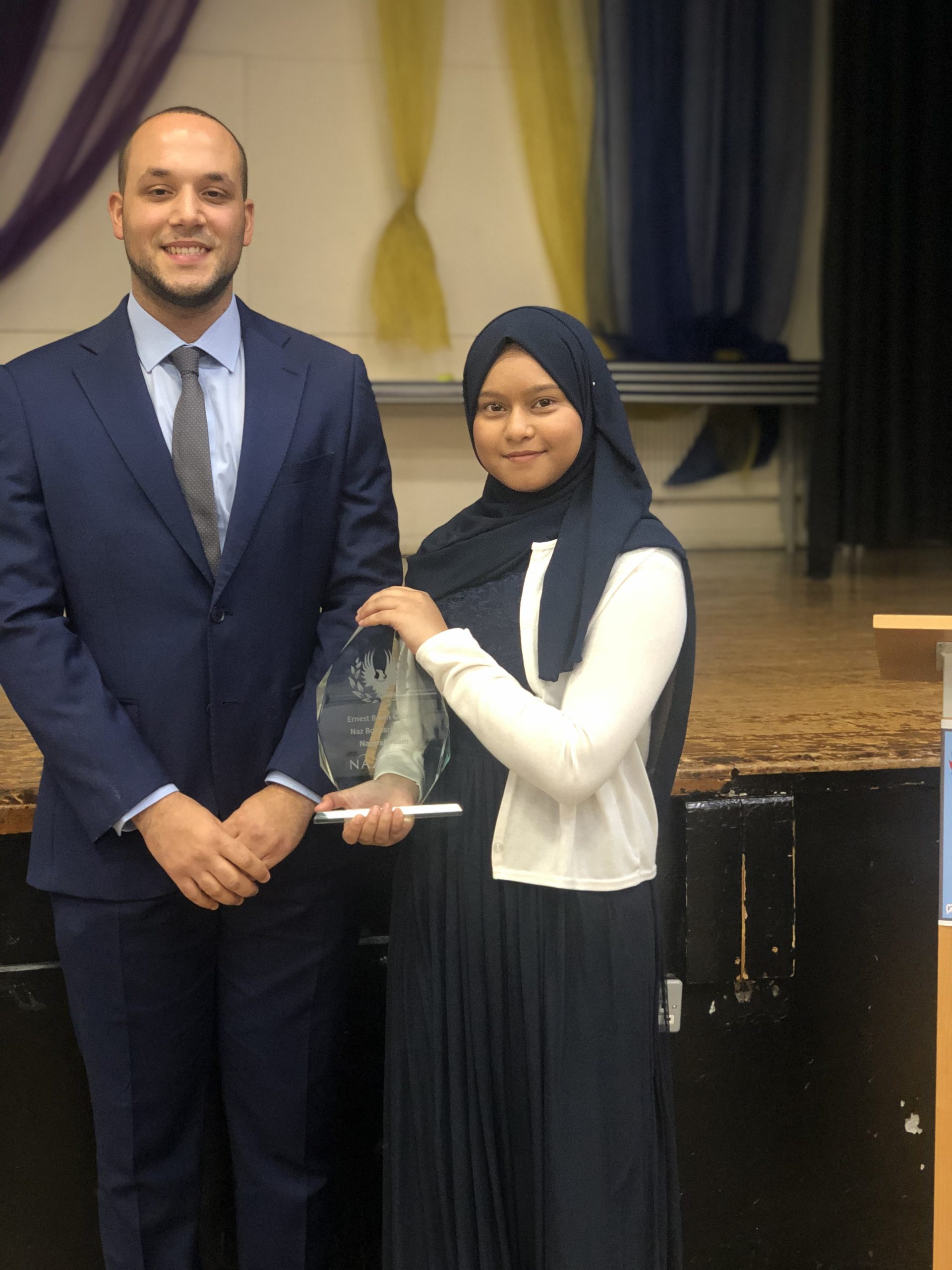 Nadirah Alam has been announced as the 8th Naz Bokhari Award winner. Nadirah is our first female winner of the award and she is now off to university to study Medicine.

The Naz Bokhari Award is an annual award for students who achieve university acceptance despite adversity, who have to strive harder than others due to personal or social issues. This award will recognise resilience and perseverance, qualities that Naz had, and promoted. 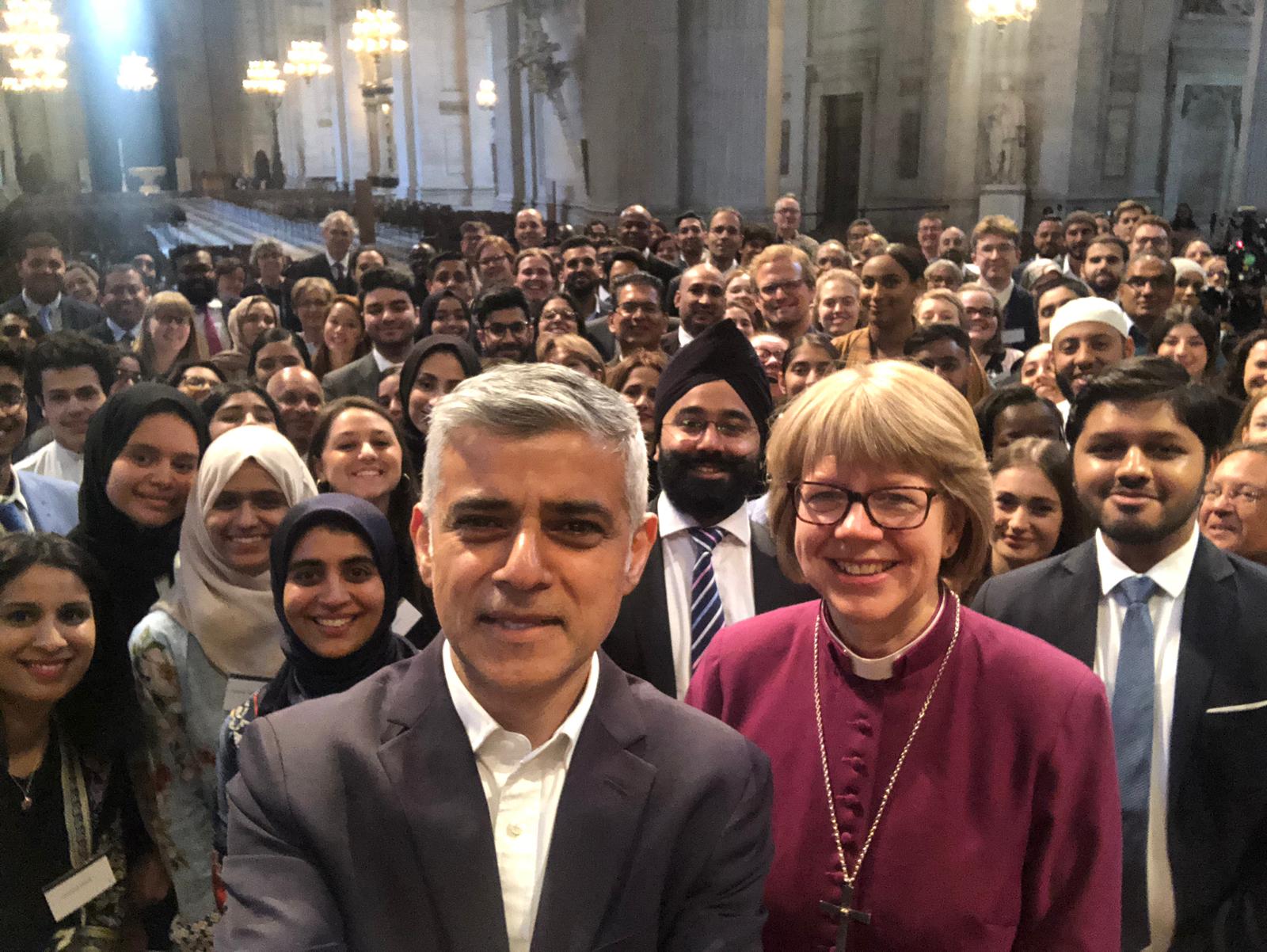 For more information and video highlights of the event, please click here. 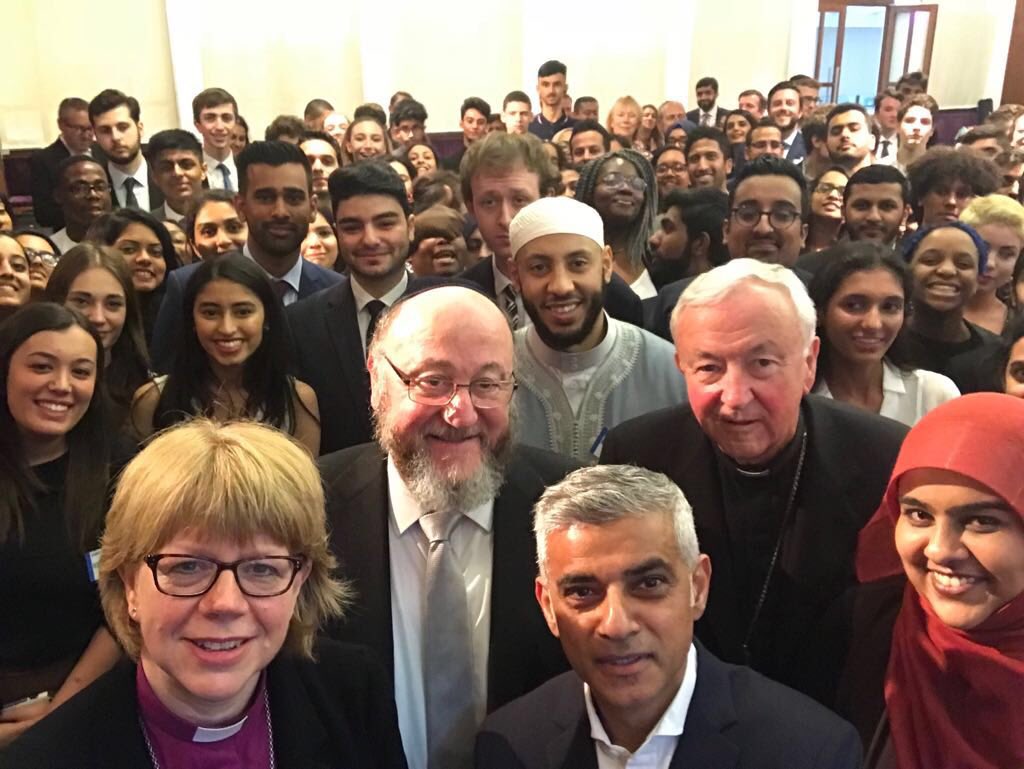 For three-years running, The Naz Legacy Foundation in partnership with The Randeree Charitable Foundation and Pears Foundation, have presented an annual Interfaith event, centred around an Iftar. Over one hundred young Londoners from different faiths, or none, come together to discuss their faith and how to bring different communities in London together within a spirit of community, unity and public service. Each year this is held in a different religious location across London.

Summative evaluation was undertaken at these events. This provided immediate feedback on the impact and reception of the event. These evaluations demonstrated that the events were successful in enthusing and inspiring young people to want to pursue further social action and/or interfaith activity immediately following the Iftar event (on average 93% agreed or strongly agreed that they would like to take part in more social action projects).

This evaluation was undertaken two years, one year or six months after attending the Iftar depending on the year they attended. Some of the highlights from the report are:

-59% of the young people established new friendships or networks as a result of the Interfaith Iftar and stayed in contact with people that they had met at the event
-73% of the young people were able to transmit knowledge that they had learned at the Interfaith Iftar to others.
-64% of the young people were instrumental in encouraging other people to attend another Interfaith events.
-47% of the young people actively sought out ways to engage people from other faiths in further action or networks following the event.
-Developed new friends between Muslims and Jews – Muslim female attendee, 2017 said: “I made my first Jewish friend at the iftar!”
-Muslim female attendee, 2018 said: “It broadened by perspective. I could see how much I have in common with those of other faiths. I have shared my experiences with other friends of my faith tradition which has helped to change their perceptions too I think”
-Jewish Female attendee, 2018 said: “the group I was in at the Iftar event created a social media group where we could all speak and invite one another to religious based community events and also just allows us to ask each other questions we may have about each other’s religions”
-Atheist Male attendee, 2017: “I met some very interesting people from all sorts of backgrounds which I have since stayed in touch with. Learning more or other people’s religion has given me more courage to stand up to those who share hateful messages due to ignorance lack of education in a correct non-confrontational way.”
-Male, no religion stated, attendee 2018: “In the long-term, the Interfaith Iftar has shown me the power of bringing communities together and by doing so how issues can be addressed”
The long-term impact of attending the Naz legacy Interfaith Iftar are attitudinal change, knowledge development and dissemination and demonstrable uptake of social action. The full report can be read here: Naz Legacy – Longitudinal Evaluation 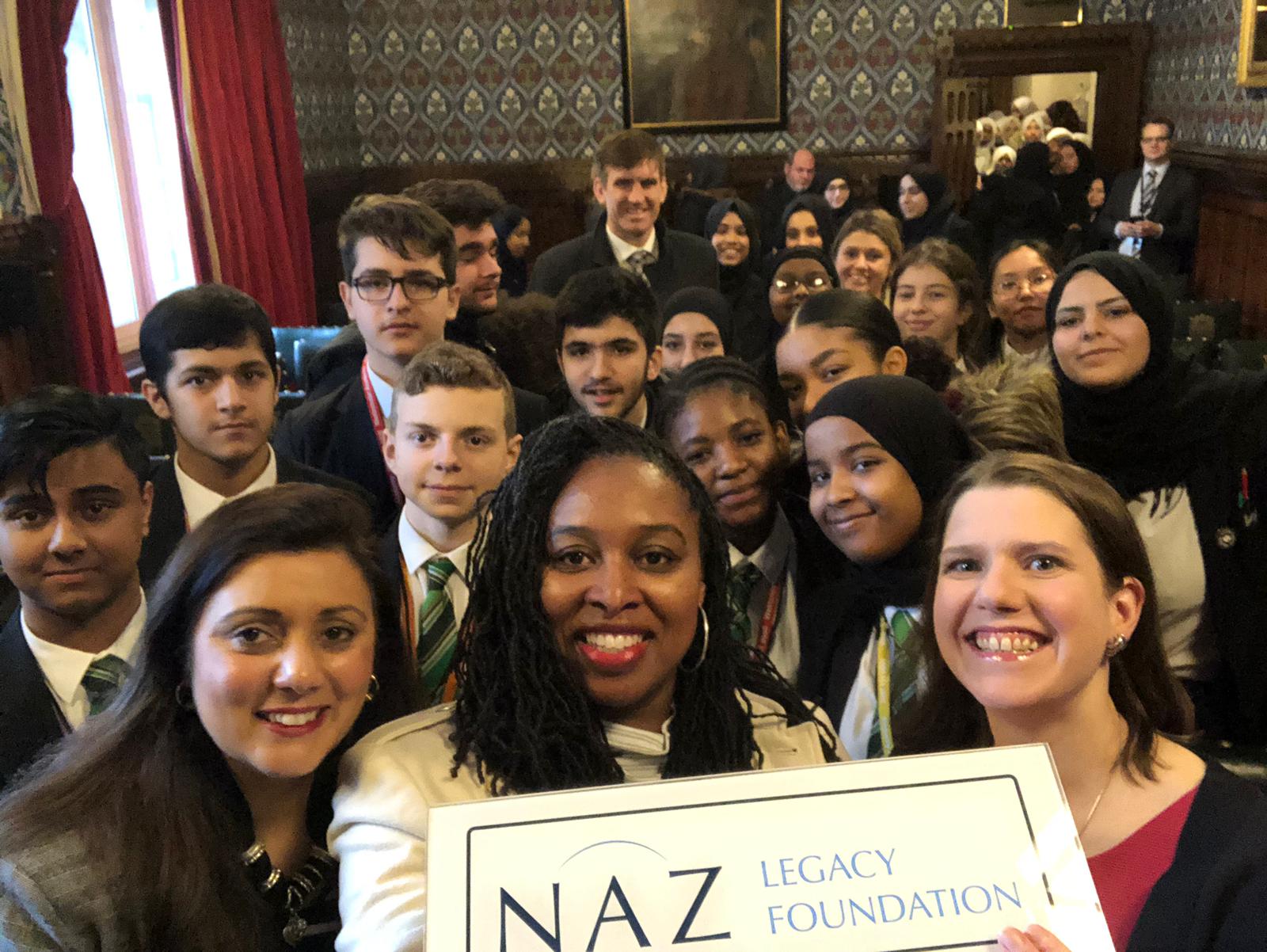 The Foundation organised for 66 young people to visit the First Waves Exhibition that celebrates the introduction of the first Race Relations Act in UK Parliament 50 years ago. The exhibition looks at the impact the Act had on minority Community.

The young people then took part in a Q&A session with Nusrat Ghani MP (Minister for Transport) , Dawn Butler MP (Shadow Minister for Equality and Women) and Jo Swinson MP (Deputy Leader of the Liberal Democrats). The young people ended the day with a visit to the public gallery to witness democracy in action in the House of Commons and a visit to 10 Downing Street. 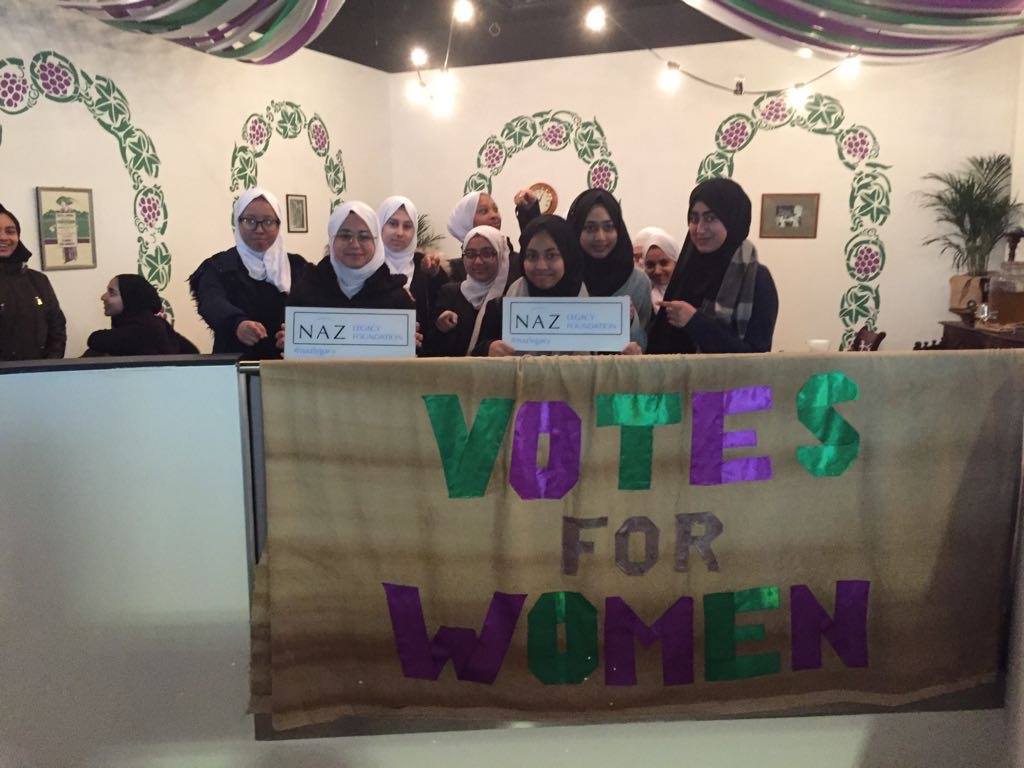 The Suffragette City experience for school groups comprised of a walking tour, a drama workshop and explored the role of BME hidden heroes in the Suffragette movement, such as Princess Sophia Duleep Singh. Further to the diversity day, the Foundation carried out an impact assessment and asked everyone involved how they found the day. Some of the highlights from the report are below:

· The schools that have taken part are situated in the top 10-40% most deprived areas in England.

· 84% of the pupils had not previously heard of the suffragette campaigner Princess Singh and her role in the movement.

· 89% of the pupils who attended two or more of the events felt inspired to find out more about some of the issues and topics covered by the events. The same number felt that attending the events had increased their knowledge and understanding of the topics covered.

· 83% of the pupils felt confident that attending the events had increased their interest in history.

“Attending these events made me rethink about my potential career choice in the future.  Events like these are extremely interesting I really enjoy them”

The full report can be read here: